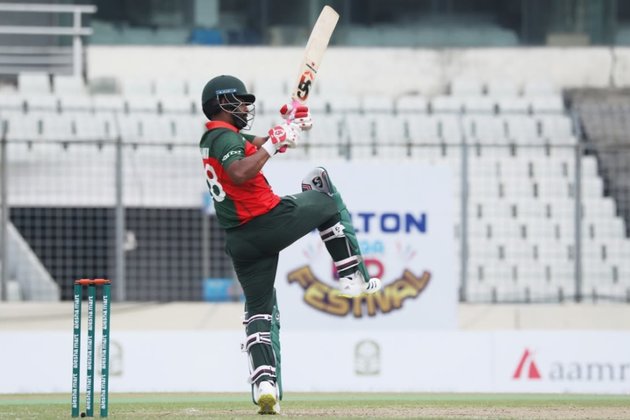 Tamim Iqbal steps away from T20Is for next six months

Tamim Iqbal has made himself unavailable from T20Is for the next six months, effectively staying out of contention for the T20 World Cup later this year. Tamim, however, said that he could reconsider this decision if the BCB asks him again before the World Cup, although he doesn't believe it will be required.

The announcement follows recent discussions between Tamim and top BCB officials including president Nazmul Hassan, who tried to dissuade him from taking the decision. Tamim had been mostly away from Bangladesh's T20I side for the past 12 months.

In a press conference in Chattogram on Thursday, Tamim insisted that it was a cricketing decision, and that his focus is on Tests and ODIs this year, but he will only reconsider T20Is if circumstances get difficult for the team.

"There have been discussions about my T20I future," Tamim said. "In the last few days, I have been doing meetings with the BCB president (Nazmul Hassan) and Jalal (Yunus) bhai and Kazi Inam (Ahmed). They wanted me to continue T20Is till the World Cup (this year). I had a different sort of thinking. I will not be considering T20Is for the next six months. My full focus will be on Tests and ODIs. We are preparing for the World Test Championship and qualification for the 2023 World Cup. I will not be thinking about T20Is in the next six months. I hope that those playing will do so well, that the team won't need me in T20Is. But if God forbid the team or cricket board needs me, and I am ready, I will possibly think about it."

Ahead of last year's T20 World Cup, Tamim voluntarily pulled out of the tournament in order to give the other openers like Litton Das, Soumya Sarkar and Mohammad Naim opportunities. Tamim said at the time that since he missed the lead-up to the T20 World Cup, it was only fair for him to skip the tournament.

His last T20I was against Zimbabwe in 2020, after which he missed the rest of the three-match series due to a knee injury.

Tamim will continue to play in domestic T20 leagues, having already made two half-centuries for Minister Group Dhaka in the ongoing BPL.

Tamim insisted that the new players who will be tried in his place should be given a long rope. He drew an example from his, and other senior Bangladesh cricketers' early days, to compare the situation for the likes of Naim, Sarkar and Saif Hassan.

"We handed chances to a number of youngsters in the last (T20I) series. We cannot lose hope in them quickly. We have to give them time. I think six months is a good enough time. I am pretty confident that I won't be needed in T20Is. Even then, if the team management or cricket board feels otherwise, I will be open for discussion.

"The team has to go forward. You know my stand ahead of the last T20 World Cup (of giving the young openers more opportunities), so it won't be wise to judge anyone after one or two series. Many of us seniors went through three or four bad series, and then bounced back with maybe three good series on the trot. Considering those who will play in my place, I am sure they will find their feet and do well," he said.