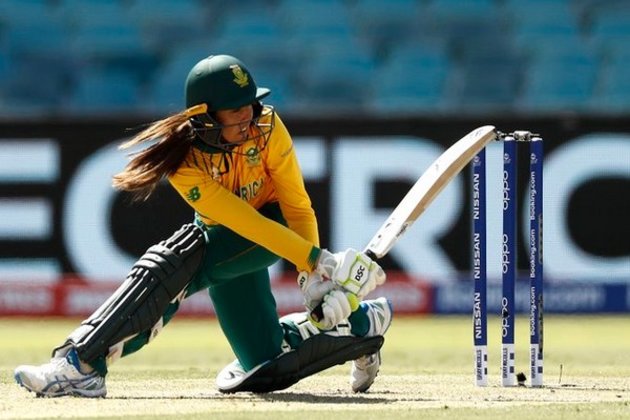 Johannesburg [South Africa], January 25 (ANI): Cricket South Africa (CSA) on Tuesday announced the women's squad that will take on the visiting West Indies in the upcoming ODI series between January 28 to February 6 in Johannesburg.

All-rounder, Sune Luus will lead South Africa out on the park during the four-match series in the absence of injured captain Dane van Niekerk, with Chloe Tryon selected as the vice-captain.

The squad of 18 includes key players such as Shabnim Ismail. Mignon du Preez as well as Laura Wolvaardt, who was the second highest run-scorer (161) when the two teams last faced each other.

Meanwhile experienced fast bowler, Ayabonga Khaka will look to repeat her six-wicket performance from last year's trip to the Caribbean.

With captain, Van Niekerk unavailable, South Africa will also be without current ICC Women's ODI Cricketer of the Year, Lizelle Lee, who is still recovering from COVID-19.

South Africa and the West Indies will continue a fascinating battle following an exciting five-match series between the two sides in the West Indies, where the Proteas came out on top by winning four matches out of five, with the hosts edging the last game through a Super Over.

Proteas Convenor of Selectors, Clinton du Preez said: "We are quite comfortable with the squad we have selected. It's a balanced squad and we have gone for an extended squad to give more players an opportunity to ensure that we compliment the skillsets within the team.""It's greatly important for us to fill the vacancy of Dane van Niekerk, and therefore we looked at a few options. It is also quite exciting to have Raisibe Ntozakhe back in the squad and for her to be playing international cricket again, it will be a great opportunity for her to revive her career," the selector added.