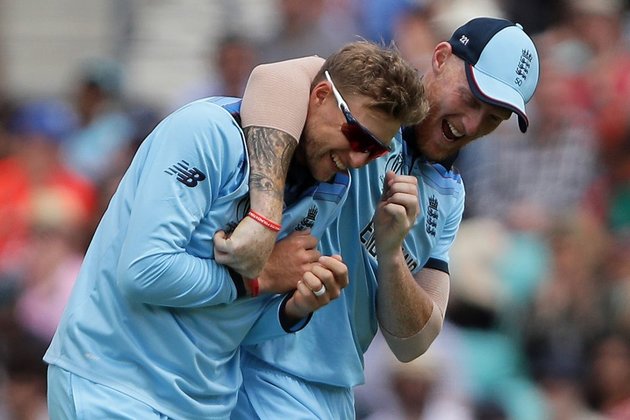 Stokes joins Root in opting out of IPL 2022 auction

Ben Stokes has joined Joe Root in deciding not to enter the auction for the 2022 edition of the IPL, with England's Test captain and vice-captain instead set to prepare for the first Test of their home summer against New Zealand by playing in the County Championship.

Root said last week that he was weighing up whether or not to put his name forward for the auction for only the second time, after going unsold in 2018, and confirmed after the Hobart Test that he had opted against it.

"There's a lot that we need to do for this [Test] team, which deserves all of my energy," Root said. "I'll keep sacrificing as much as I can because I care so much about Test cricket in our country and trying to get us to where we want to be."

While Root, who has not played a T20 international since May 2019, was by no means guaranteed to win a contract at the auction, Stokes was significantly more likely to do so. He was the IPL's MVP in 2017 playing for Rising Pune Supergiant, and was the most expensive player at the 2018 mega auction, signing an INR 12.5 crore (Pound 1.4 million approx.) deal with Rajasthan Royals.

ESPNcricinfo understands that franchises are not expecting Stokes to enter the auction the deadline, which has been pushed back to January 20. Chris Silverwood, England's under-fire head coach, said he was "not 100 percent sure yet," whether Stokes would enter: "I've got an inclination but I'll let him tell you [the media]," he added.

Stokes broke a finger while dropping a catch in the deep in his only appearance in the 2021 IPL, an injury which limited his availability for the rest of the year and prompted a break from the game on mental-health grounds after he had attempted to make a comeback ahead of schedule.

He declared himself available for the 2021-22 Ashes series, but made 236 runs in 10 innings and took four wickets at 71.50, playing as a specialist batter in the final Test after injuring his side at the SCG. He is expected to be part of the squad for the three-match series against West Indies in the Caribbean in March, and England's schedule for the 2022 summer and 2022-23 is relentless for multi-format players.

Moeen Ali (Chennai Super Kings) and Jos Buttler (Rajasthan Royals) were the only Englishmen retained by their franchises before next month's mega auction in Bengaluru on February 12 and 13, with the Royals opting to retain Buttler - along with Sanju Samson and Yashasvi Jaiswal - ahead of Stokes.

Dates for the 2022 IPL are yet to be confirmed but any England players selected for the first Test against New Zealand on June 2 are expected to be withdrawn before the knockout stages in order to prepare for the three-match series.

The ECB came in for widespread criticism last year after resting players who had recently returned from India for the two-Test series against New Zealand, though the series - which was not part of the World Test Championship - had been a late addition to the schedule, when players had already made guarantees about their availability for the IPL.

Mark Wood has entered the auction but said before the Hobart Test that he was weighing up whether or not to withdraw as he did in 2021, while Jonny Bairstow and Ollie Pope are both expected to put their names forward. Leading white-ball players like Sam Curran, Liam Livingstone and Eoin Morgan are among the names expected to be up for sale.

Jofra Archer, the 2020 MVP while playing for Royals, is unlikely to be part of the auction as he continues his rehab from a long-term elbow injury. A full list of players will be circulated to franchises at the end of this week.

Matt Roller is an assistant editor at ESPNcricinfo. @mroller98